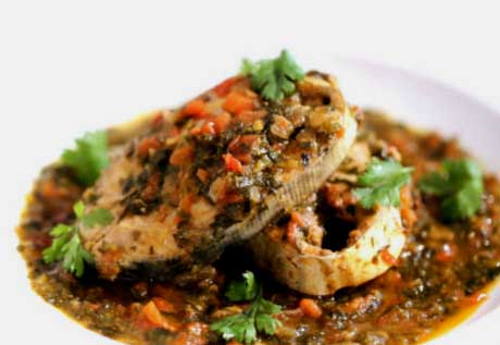 The aim for a confinement period in Indian practices is to purge wind from the new mother’s body after giving birth, promoting blood circulation, strengthening the joints, and promoting milk supply. Just like the other cultures in Malaysia, the Indian community also believes that new mothers should avoid ‘cooling’ foods such as cucumbers, tomatoes, mutton, and so on. In the Indian community, new mothers are given garlic milk as well to prevent any wind in her body. New mothers are advised to only consume ‘heaty’ or ‘hot’ foods during their confinement period.

Cooking during the confinement period for a new mother would compromise lots of garlic, herbal powders, and black pepper and will only be prepared using gingelly oil. It is believed that the ingredients from the herbal powders used in typical Indian confinement foods will boost a mother’s milk supply, help eliminate toxins from the body and ensure the new mother will have a good postpartum period flow. Ingredients that are commonly used during the Indian confinement period are as follows:

Cabbage, onion, chickpeas, and cauliflower are vegetables that are typically avoided for the first few weeks after childbirth as they disturb the digestive system and are believed to disrupt the five body elements. The new mothers are also given betel leaves to chew on after meals to help with digestion.

Known for its high protein and healthy fats are a great choice especially as a snack during the new mother’s confinement period. In Indian practices, almonds will be soaked overnight in some water (around 5-10 depending on how many the mother can eat) and peeling the skin off then eating them first thing in the morning. In Indian confinement food, sesame seeds are also extremely nutritious and beneficial for the mothers during this period and can be sprinkled over their meals adding an extra crunch to it as well.

Turmeric is an ingredient used across all cultures including Indian confinement food due to its anti-inflammatory benefits and speeding up the healing process. This ingredient is very versatile and can be added as a marinate or soups and stews. It is good to take note to buy a better quality turmeric spice if you’re opting for using the powdered version.

Ghee is considered to be the purest fat source in Indian cuisine with good health benefits. It is also beneficial to consume fat (in a balanced amount) to establish a milk supply for your newborn. In Indian Confinement food practices, Ghee is a great alternative to substitute ghee with your regular cooking oil whilst preparing dishes during the new mother’s confinement and even after that.

This Ayurvedic herb is typically used for women during their postpartum period to support their reproductive system and also aid in milk production in Indian confinement food practices. There are many ways to consume this herb – it can be purchased in powder form and then added to warm milk with some honey. Another way is to consume it in supplement or drop form. This herb is extremely popular in the Indian community with women after giving birth.

Salmon, tuna, mackerel, sardines and any other fatty fish is a great nutritional source for new mothers and their babies. It is also very high in protein and omega 3 fatty acids. However, in Indian confinement food practices, it is not recommended for new mother’s to consume this through the frying or cold preparations of the fish; however, stews, steaming and pan-seared are all great for them.

Fenugreek or methi is an Indian vegetable known for being a great source of iron and calcium which are one of the vital nutrients needed for postpartum women. This slightly bitter green vegetable can be sauteed with potatoes or be made into a dish called Methi Pulao which is a rice dish for Indian confinement food.

In Indian confinement food practices, new mothers are advised to only consume ‘hot’ foods (no we don’t mean the temperature of the foods!) and avoid ‘cooling’ food items during their confinement period. Ginger is the most popular ingredient across all the cultures in Malaysia during a new mother’s confinement menu as it’s warm and healing effects help settle the tummy. It is added to most dishes as it is also a powerful anti-inflammatory ingredient that helps support the new mother’s body through its recovery by reducing any soreness and pain that may occur.

Garlic is another important part in the confinement diet as it helps keep immunity levels in the new mother high during this vulnerable period after giving birth.

What You Need To Know About Indian Confinement Care

Benefits: This simple but pleasurable soup is not only warm and comforting but nourishing. It is considered an essential part of a confinement diet across various cultures because it’s easy to digest.

Benefits: It is a great source of nutrients and protein for new mothers during this confinement period.

Benefits: This traditional Indian dish is rich in carbohydrates, vitamins B12 and E, and minerals like magnesium, copper, manganese, phosphorus.

Benefits: The use of garlic in this dish helps aid in lactation for the new mother as well as assisting in building her immunity.

Benefits: This traditional dish is believed to aid digestion and lactation as well as cleanse the uterus.

Benefits: It is known for being an excellent source of the needed nutrients a new mother’s needs in her body after giving birth.

Benefits: Moong Dal is packed full with protein and fiber keeping the new mother fuller and helps prevent unhealthy munching. The protein in this dish also is there to regenerate and repair the damaged cells in the new mother’s body after giving birth.

Benefits: This North Indian dessert is great for new mothers as it provides nourishment and energy. It also promotes healing and increases lactation, soothes joint pains and is anti-inflammatory.

After reading this article, we hope it has given you a clearer insight on why these ingredients are typically used in Indian practices during the confinement period for Indian confinement food. Their practices have lasted throughout generations and are proven to have worked. We wish you a safe and blessed recovery during your postpartum period! 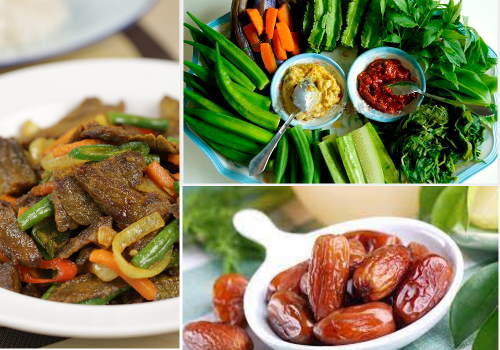