Your sex life after the baby can be a completely different experience than it was before the pregnancy. Instead of fretting about your fancy bra’s strap becoming twisted, you’re now concerned about things like postpartum sex bleeding. Seeing more blood after you’re able to have sex again can be alarming, especially if you’ve just bled for weeks on end after giving birth.

When Is It Okay To Have Postpartum Sexual Activity?

According to few birthing specialist, and doula, “the first 6 weeks are typically considered the postpartum period and bleeding, independent of intercourse is expected for at least 2 of those weeks but commonly lasts through 6 weeks after first births.” “However, it’s common for some women to continue bleeding for months after giving birth. In the most cuntries, women are advised to wait six weeks before resuming sexual activity; at that time, most women are no longer bleeding or are nearing the end of their period.”

Even when your OB/GYN has cleared you for sex, physical intimacy may be the last thing on your mind. “To be honest, most women aren’t having sex at 6 weeks postpartum – the physical recovery, hormone swings, and weariness rarely combine for a sexy combination,” specialist says.

However, if you decide to go forward with it after consulting with your doctor, you may experience some bleeding.

What Causes Bleeding After a Postpartum Sex?

A small bit of superficial bleeding during pregnant sex is fairly usual, as you may have discovered throughout the nine months you carried your baby. The same can be said of postpartum sex.

You may suffer bleeding after intercourse for a variety of causes. 63 percent of women have postcoital hemorrhage — or bleeding after sex. When you have an orgasm, your uterus contracts, and if it is not fully healed, bleeding may occur. The vaginal and uterine tissues may still be irritated from the delivery.

Spotting after postpartum intercourse might be caused by a lack of lubrication or dryness, both of which can occur after pregnancy.

If the skin at the entrance is not sufficiently lubricated, it can catch with penetrative intercourse and tiny tears can occur, resulting in blood. A couple of streaks of blood on toilet paper may be typical if lubrication was insufficient or the postpartum person was tolerating pain during intercourse to the point where microscopic friction tears occurred. Below, specialist describes how to prevent both of these scenarios.

How Much Blood After Sex Is Acceptable after postpartum sex?

While any quantity of blood after postpartum sex is concerning.It should simply be spotting, not like a period and no clots.

More than a few streaks of blood can be a cause for concern. If you have wet underwear or need to use a pad after sex because of the amount of blood, you should see a doctor immediately away, especially if the bleeding continues.

Is There Anything You Can Do To Help You Bleed Less After a Postpartum Sex?

Taking care of your body during the postpartum period may seem obvious, but when you have a newborn to look after, self-care can fall by the wayside. There are a few ways new moms can care for the intimate areas of their bodies to aid in their body’s healing and possibly reduce the risk of bleeding following postpartum intercourse.

Using the perineal bottle to rinse after you urinate rather than wiping with toilet paper to recuperate as quickly as possible. When wiping after a bowel movement, always wipe from front to back and be gentle. If you have stitches from an episiotomy or a rip, take a stool softener and avoid meals that are binding to avoid constipation. To improve your digestive tract, eat a lot of fruits and vegetables.

You can also prepare your perineum to help prevent superficial tears, proper postpartum preparation for penetrative intercourse should be undertaken. According to one study, 86 percent of women had painful postpartum sex on their first try. It might assist if you follow her 5-step approach for physically preparing your perineum for penetrative sex, which includes testing light touch before going for full-on penetration.

Is it Time to Call Your Doctor?

While a small amount of blood on toilet paper after sex or a streak on a bedsheet is unlikely to be the reason for alarm, more blood may indicate that you should contact your doctor to see if there is a more serious issue to address. Bleeding that soaks a pad in two hours or is linked with clots the size of a quarter or larger are grounds to call your doctor.

If sex-related bleeding “persists beyond 2 or 3 times or is heavy,” or if you have pain, you should see a doctor. Keep in mind that your body is continuously repairing itself after having birth. Pay attention to your body and get medical advice if you have any concerns. 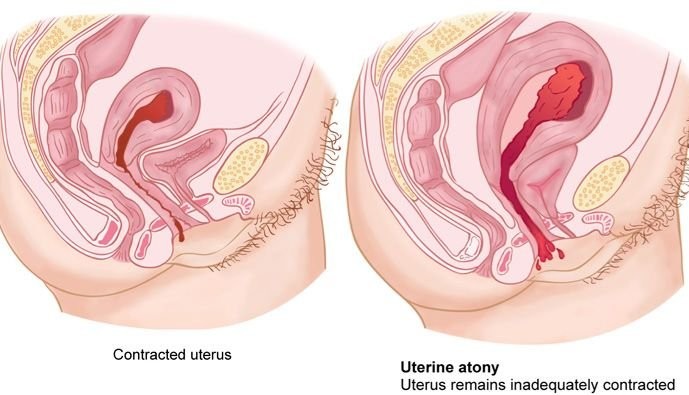 When a woman becomes pregnant, her body will undergo various changes both physically and emotionally. These changes may not necessarily stop after delivery to her newborn. The changes may vary depending on if the new mother chooses to have a vaginal delivery or C-section, however one thing that will remain the same is vaginal bleeding… 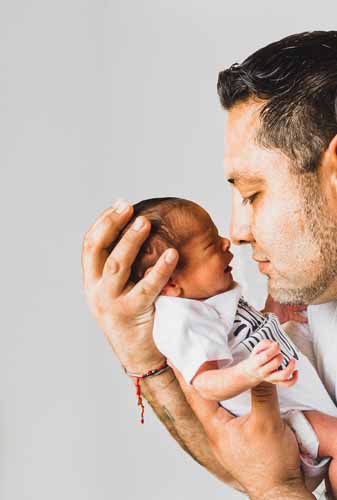 Becoming a dad is a big change to your life and routine. A sometimes shift in your intimate relationship with your partner, personal identity and new emotions may happen that can be demanding and overwhelming at times.  Changes that your partner will undergo during their postpartum period start from the moment the newborn arrives and…